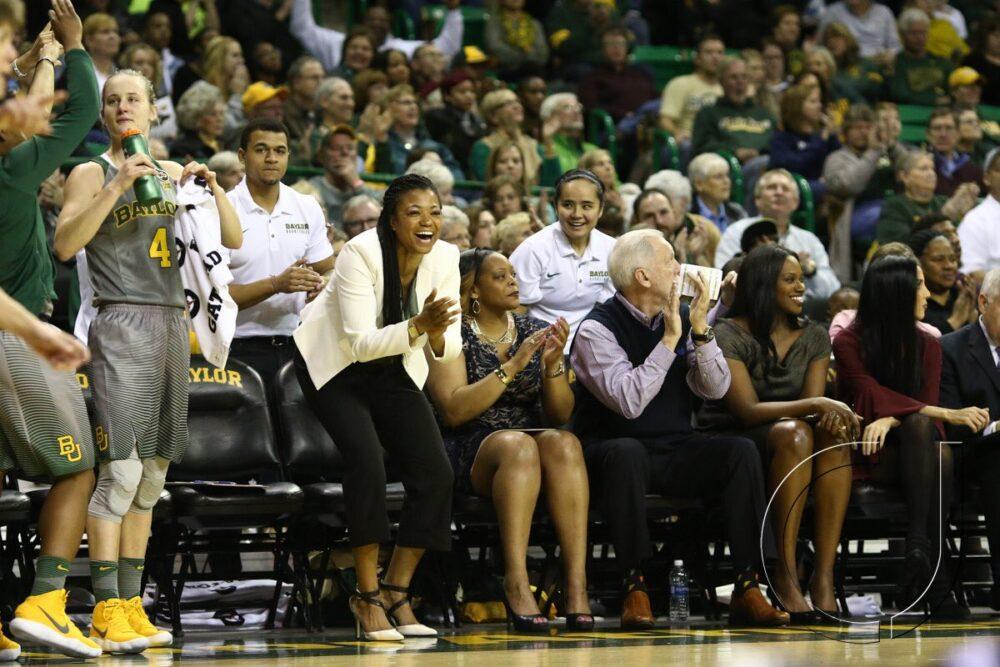 UNIVERSITY PARK, Texas — Toyelle Wilson was in the midst of the “worst pain of her life” just four days ago.

The Michigan women’s basketball team plane was descending sharply from 35,000 feet to about 5,000 feet during the heat of a lightning storm. The air masks from above had been ejected, players were praying on the rosary and some assistant coaches were hugging, Wilson among them.

On Michigan’s flight back from the Sweet 16 on Sunday, the plane had to make an emergency landing in Evansville, Indiana, about an hour short of Ann Arbor, because of a storm that threatened the entire team’s safety. For Wilson, the fear was one thing. The ear pain, however, was another.

“I was never scared for my life,” Wilson said. “But my ears were pierced. It was the worst pain I’ve ever had. It wasn’t a nose drive but it was a quick descent. We landed there at 11 p.m and were just sitting there.”

“We were at the airport asking the players if they wanted to take a bus, a car or get back on a plane,” Wilson said.

Fast forward four days and now Wilson is the new head coach of the SMU women’s basketball program. So, it has been a whirlwind of the last 96 hours.

That morning after the plane ride, Wilson was on a Zoom call with Susan Vollmerhausen, an associate athletic director at SMU, gauging her interest in the job. Today, she was formally introduced. She still hasn’t made it to Dallas, but that is a problem for another day.

“I’m still trying to call all of the players right now,” Wilson said in her introductory press conference, which was interrupted by text messages from former players and coaches at Michigan congratulating her. “I can’t wait to get off this call to start learning who they are.”

Wilson’s entrance into the position, chaotic and uncertain, is emblematic of the program she is coming into and the uphill climb that will ensue.

SMU is coming out of the last five years that have been defined by a head coach, Travis Mays, who became known for lawsuits. It also has not made the NCAA Tournament since 2008.

Mays went 53-76 in five years and multiple former players came out with lawsuits and accusations of an “abusive culture.”

Notably, Mays was quoted by former players as saying “if you don’t want to compete, you might as well kill yourself” in a team meeting in 2017-18 season.

Mays was let go last month. However, that was not before three of the program’s most high-profile players transferred out of the program. Johnasia Cash, the leader of the 2019-20 team, left last summer to Penn State. In the last month as well, Rhylee McKinney and Rheghan Bradley, two of the past freshman standouts, left.

“I can’t control what happened in the past,” Wilson said. “I told the girls this is a fresh start, a fresh voice. I’m fresh energy.”

Wilson has been a young head coach in Texas before and an assistant in the state. She was named the head coach of Prairie View A&M when she was 25-years-old. She led the program to three straight NCAA Tournament appearances.

She also was an assistant at Baylor for six years and Michigan for the last two seasons. While in Waco, Wilson was a part of a national championship team.

“I want to bring joy back to this SMU women’s basketball program,” she said. “And for me, I want them to learn so much about me and who I am as a person. … I like to know people. Relationships matter, and I’m a connected coach. I’m a players’ coach.”

Wilson expressed this was a job she was interested in when it was open five years ago before Mays was hired. However, she felt she was too young to take over the program.

After working under Baylor head coach Kim Mulkey and Michigan head coach Kim Barnes Aresco, though, she feels it is now her time at 39-years-old. She has a vision now, she says, that is built on defense.

“We will be in passing lanes. We will be taking charges and recruit players like that,” Wilson said.

Wilson will be the first ever Black female coach at SMU.

One thought on “How Toyelle Wilson became SMU’s head coach, and the rebuild ahead”