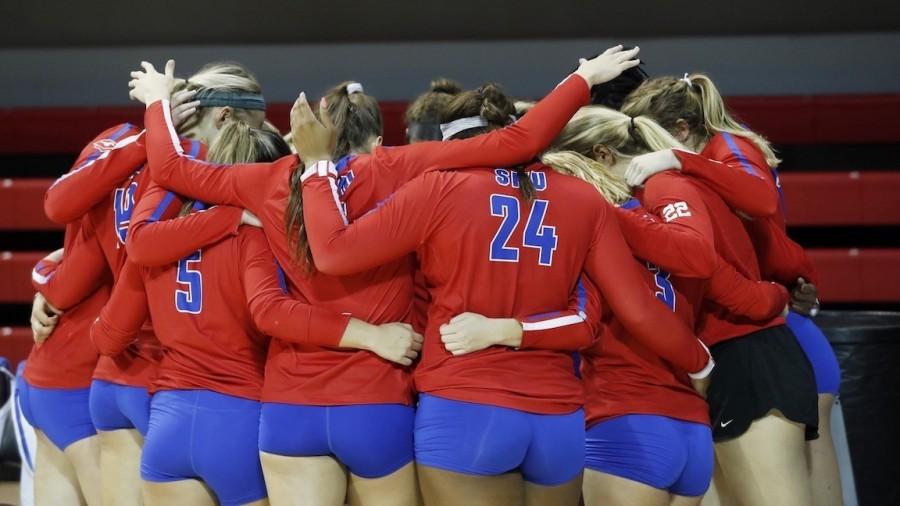 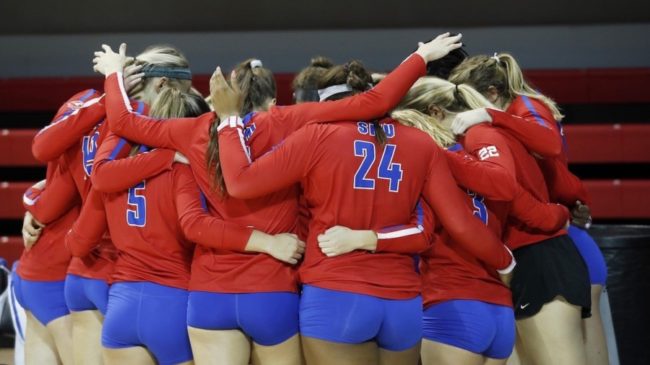 The SMU volleyball team won its first two conference games over the weekend, improving the team’s season record to 8-5.

The two-time defending conference champions faced off against Tulane last Friday night at Moody Coliseum. The Mustangs defeated the Green Wave in four sets, winning three straight after Tulane took the first set. Senior outside hitter Lauren Mills paced the Mustangs with 23 kills and 12 digs to cement her eighth double-double of the season. Senior opposite hitter Katie Hagerty also recorded 19 kills for SMU in her first match since August.

On Sunday, the team defeated Houston in three sets at Moody Coliseum. Senior opposite hitter Brittany Adams led the Mustangs with 12 kills. Mills had 11 kills and finished second on the team.

Following her stellar play, Mills was named AAC Offensive Player of the Week. It was her second time receiving the award in three weeks.

Lauren Mills was named @American_VBall Offensive Player of the Week for the 2nd time in 3 weeks.
STORY: https://t.co/zZAOIcxmh7#PonyUp pic.twitter.com/jKWm5GmWu4

SMU travels to East Carolina this weekend to face the Pirates on Friday. Sunday, the team will travel to Ohio to play Cincinnati.