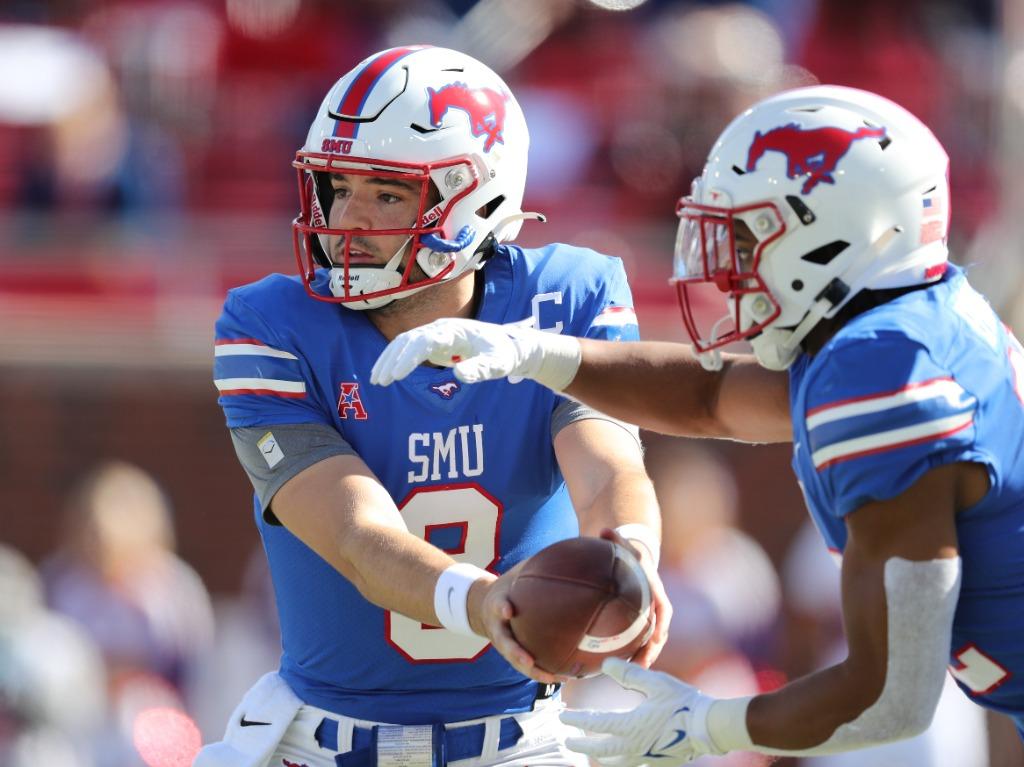 CINCINNATI, Ohio — You could paint it as another November loss.

You could paint it as another example of coaching rumors seeping into the fabric of a team.

You could paint it as the most poignant example of a team in a free fall, spiraling down the end of a season with few answers in sight.

But something about burying SMU’s 48-14 loss to No. 5 Cincinnati in context makes the game lose some of its totality. It diminishes the sheer thoroughness of the beatdown SMU took and the gap between one of the best teams in the country and an SMU program that has claimed to be at that level, but tonight was nowhere close.

Sure, the other factors are a part of it, but context cannot adequately explain away Sonny Dykes worst loss as SMU’s head coach.

“We weren’t even close to the standard tonight. The standard was Cincinnati,” Dykes said. “Those guys just took it to us and you know, obviously, played at a really high level. That was a different football team than we’ve seen on film the last couple weeks.”

Dykes had talked all year about getting SMU ready to play in late November games of note. After losses to Houston and Memphis, it could barely do that. But with eight wins, SMU did enough to make a game against nationally ranked Cincinnati a nationally televised affair. It gave itself a shot to prove it at least belonged.

But instead, the display SMU put out merely showed how far the gap actually is on a given night. From the first play — where Cincinnati quarterback Desmond Ridder threw a 53-yard touchdown to a wide open Tyler Scott — SMU looked lost.

And from that first play on, SMU slowly and methodically took blow after blow. It went three and out on six of its seven drives. The only series it did not go three and out, Tre Siggers fumbled the ball inside the 25-yard line and wiped away a scoring chance.

On the other end, a Ridder led offense looked its best in weeks. Ridder threw for three touchdowns, ran for another and caught one more. He accounted for 325 yards of offense in just under 40 minutes. SMU, the entire game, put together 199.

“We got taken to the woodshed,” Dykes said, who’s program narrowly avoided being shut out for the first time since 2015.

At one point in the second quarter, Ridder walked untouched for a 40-yard touchdown run. He gave the ball to a fan, a similar scene to what Ridder did last season when Cincinnati ran all over SMU for a 42-13 win in 2020.

The only difference was this year, SMU claimed, it would more competitive late in the season. The margin this time, however, only got worse.

“You hope your guys don’t lose fight. I mean, that’s one of the things we pride ourselves in our guys playing, you know, tough minded winning football for 60 minutes,” Dykes said.

SMU did not make players available after the game.

Of course, the other factors do matter. This is SMU’s third loss in four games. It is a team now that has fallen from its goal and is fighting for a relevant bowl game, not national relevance.

It’s also true that since Dykes’ name has been mentioned in the coaching carousel for jobs like TCU, SMU has gone from 7-0 to ranked to 8-3 and out of every poll.

But none of that could capture all of what Saturday was: SMU’s worst performance in years. A let down on many levels. A beatdown from the start.

2 thoughts on “‘We weren’t even close’: SMU faces totalizing defeat to Cincinnati on the road”