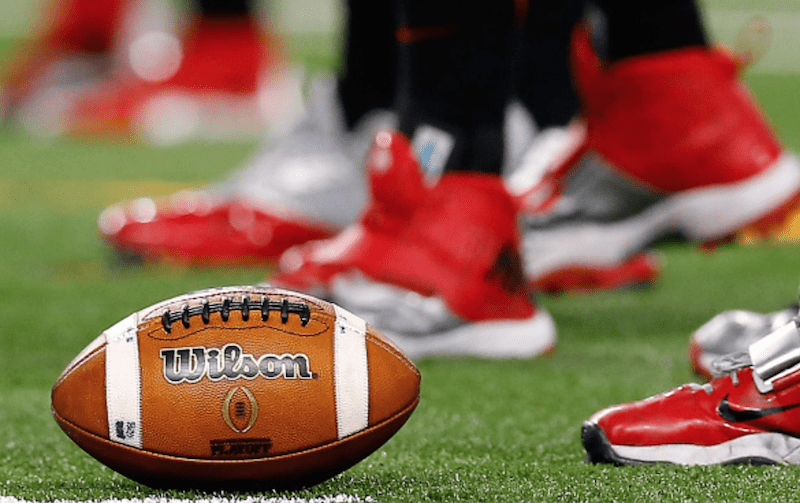 College football can be easily kept up with, but a few weeks of not paying attention can leave you really behind. So now that the regular season is over, the excitement of the playoffs comes in hot. Here’s some skim-able information about this year’s top four.

Starting off strong and making it super easy, here’s Alabama. It’s tough because you either love or you hate Alabama. Or you have no idea what’s going on and cheer for Bama because you know someone once removed who went/goes there. Either way, if you want to sound like you know what you’re talking about, here’s some quick and easy pieces of information about Alabama.

Despite quasi-sketchy counting, Alabama has won 12 NCAA recognized National Championships. They’re a power house, and it’s kind of ridiculous. They’ve played in three of the last five title games under the B.C.S system. So that means under Coach Nick Saban, the Tide has been in the post-season contention for the national championship for SIX of the last EIGHT years. Kind of insane. But there’s a reason this team is such a special one: thriving under pressure. No wonder everyone is jumping on this bandwagon.

So, to sound like you’re the biggest Bama fan who knows everything about football, mention a few of these things:

· Derrick Henry: He won the Heisman last year for Alabama and now plays for the Titans. Oh, and he has this hairstyle that’s a little confusing but very original. Great conversation point.

· SEC Championship: Alabama crushed Florida 54-16 to win the SEC title yet again on Dec. 3. According to Gary Danielson (bonus points if you name drop him in a conversation about college football) (he’s a college football analyst on CBS), Alabama has no apparent weakness. “Except maybe a quarterback,” he said. Although he’s the best player, the only way to beat Alabama is by putting pressure on the quarterback.

Clemson comes back in the top four this year with their golden boy Deshaun Watson. They were beaten by Alabama in the National Championship last year, and Watson was runner-up for the Heisman Trophy. That’s not to say this season isn’t seeing great things for Clemson. They clinched the ACC title on Dec. 3 with a 42-35 win over No. 23 Virginia Tech.

ESPN calls the Clemson-Ohio State matchup the most entertaining bowl to watch during bowl season. During the Dec. 31 Playstation Fiesta Bowl, Clemson hopes to showcase their talent from the entire season and make their way toward a National Championship. Their 56-7 win against South Carolina to finish off Rivalry Weekend was a great end to the regular season. Here’s some things to throw into a conversation if Clemson is brought up.

· Last year’s National Championship: Watson’s performance was phenomenal, but it’s the special teams that eventually swung the outcome of the game.

· Don’t give the title to Alabama just yet: It’s the coaches, it’s that Clemson has won 26 of their last 28 games dating to the start of last season, it’s Deshaun Watson. There’s a lot more to be said this playoff season.

Ranked number two is Ohio State. Of course for Dallasites, Ohio State is a major buzzword because of our beloved rookie running back. Ezekiel Elliott will “unquestionably be remembered as one of the all-time best backs in Ohio State history” with the second-most rushing yards in the school’s history and 6.7 yards per carry, according to the Buckeyes. And now he’s being talked about for MVP because of his crazy success this season with the Cowboys.

Zeke is great, the Cowboys are back, but that’s not what this is about. Ohio State has a great program that’s back in the top four. Head Coach Urban Meyer led the team to a National Championship in 2014. They’re back, and there’s a lot of weird stuff this year. First of all, Ohio State is ranked over Penn State, which sort of makes no sense at all. The committee is still hung up on their two losses at the beginning of the year.

Again, ESPN says the Fiesta Bowl is going to be the most entertaining matchup this season so before then, here’s a few things to know before then:

· Both have great defenses that are backed up on the offensive side with highly skilled quarterbacks. J.T. Barrett won Big Ten QB of the year.

· Ohio State beat Michigan in double overtime. You’d think it was some back and forth super tight game but really, both teams did kind of dumb stuff throughout (missed extra points and field goals, defenses were off, fourth down controversies). But, nonetheless, Ohio State pulled out a win.

Washington has been a fun team to watch this season; this can be said especially because they were 0-12 in 2008 and went 7-6 last season. They take on top-ranked Alabama in the Chick Fil A Peach Bowl on New Years’ Eve.

The Huskies took down Colorado to win the Pac-12 Championship on Dec. 2 to secure their spot in the playoffs. The Huskies road to the playoffs was a much-deserved one. Their wins over both Stanford and Oregon this season set the tone that this team wasn’t messing around. They were soon the team to beat in the Pac-12.

Here’s what you need to know:

· Coach Chris Petersen: ESPN calls the Chick Fil A bowl the “best coaching matchup” this bowl season. He became head coach of the Huskies in 2014, and worked for years building up the team they are today. He’s a local recruiter and a team-oriented coach who changed the program from somewhat chaotic to disciplined.

· Their loss to USC: Wuth a loss to No. 20 USC a few weeks ago, the playoff rankings were shaken up a bit. Despite their loss to a three-loss team, the Huskies found themselves in the Pac-12 Championship and onward to the playoffs.