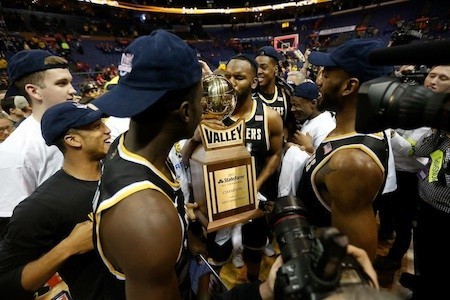 When the Big 12 Conference passed on adding new members in October 2016, American Athletic Conference commissioner Mike Aresco breathed a huge sigh of relief. In fact, so did every athletic director in the conference.

Ten of the 20 schools considered by the Big 12 for expansion resided in the American. After much courting, none of them were asked on a second date.

That may have worked out for the best. The loss of a competitive program in either major profit sport could have been the American’s death sentence, at least in terms of relevancy. For members of the AAC, the only thing worse than not being invited to the Big 12 would have been seeing another member receive an invitation.

“We’re trying to convince you, the media and the public, that we’re genuinely the P6. That’s the goal,” Aresco told the Orlando Sentinel shortly after the Big 12’s decision.

The goal of becoming the next power conference is ambitious – maybe too ambitious. A lackluster 2016-2017 that saw the American fail to qualify for a New Years’ Six bowl and all but two men’s basketball programs (SMU and Cincinnati) finish with an RPI below 50 did little to bolster confidence.

The American needed to become more competitive if Aresco’s goal was ever to seem like more than a pipe dream. The AAC needed new energy.

The conference received a jolt on Friday – a literal shock.

Please join us as we #WelcomeWichita to The American family!

Few were surprised when the AAC’s board of directors unanimously voted to invite Wichita State University to the conference. The marriage of the American and the Shockers makes perfect sense for everyone involved. The move was almost obvious.

Wichita State brings membership in the AAC to 13, but balances the number of teams competing in football and basketball. Navy, the American’s 12th member, plays basketball in the Patriot League. The Shockers, who discontinued their football program in 1986, fill that basketball void. Wichita State also brings a baseball program that has made the College World Series seven times and other successful Olympic sports programs.

“We are pleased and proud to welcome Wichita State to the American,” Aresco said in a written release. “The addition of Wichita State in basketball and olympic sports extends our conference’s national footprint, enhances our national profile, and strengthens our position as a leader in intercollegiate athletics.” 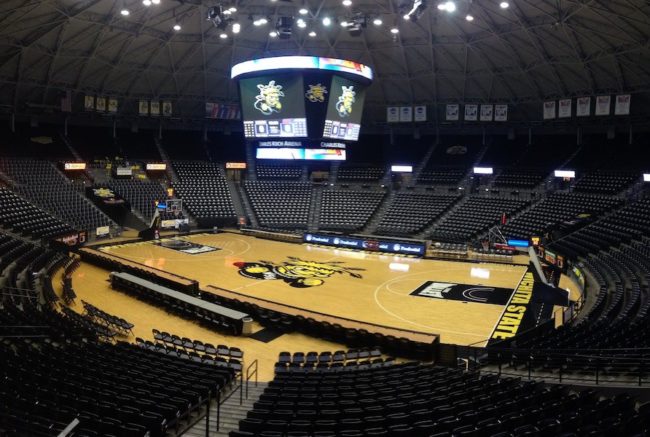 But let’s not kid ourselves – this was about basketball. Period.

Having been a member of the Missouri Valley Conference since 1945, Wichita State would only be lured away by a sweet deal. The American presented the school just that – a rare opportunity for mutual benefit.

The Shockers have made six straight NCAA Tournaments, reaching the Final Four in the 2012-2013 season. They finished last season with a 31-5 record, 17-1 in conference play, while ranked 19th in the Associated Press Top 25 poll and 8th in the KenPom ratings. Their NCAA Tournament seed? 10.

That’s the problem with playing in a conference like the MVC – no respect.

The Shockers could have breezed through the field with a higher seed, but got stuck with Kentucky in the second round and lost. One month later, Wichita State forwent all of its cash winnings from the NCAA Tournament to join the AAC.

Basketball in the American is not well respected either, but the conference looks to change all of that by adding the best team in the country not playing for a Power 5 conference.

SMU and Cincinnati were the only AAC teams to make the tournament last season. Both earned 6 seeds despite playing at a level above that line – both finished the season ranked top 25 in RPI and by the AP and KenPom.

RPI is a metric heavily factored when seeding the postseason. With the Shockers joining SMU, Cincinnati, Connecticut and Houston next season, the RPI of the entire conference projects to be much higher. Hence, mutual benefit.

Every existing AAC member will now have at least one more game against a top 50 RPI team on their schedule. Some will have two. For Wichita State, that number could be as high as four.

There’s more good news for SMU and other teams in the American: the Shockers will return all five of their top scorers from last season. They will be as good as advertised. A victory over the Shockers would be a major resume booster.

Conference realignments can be messy. This one wasn’t. The adage, “you complete me,” applies nicely here, and it works both ways.