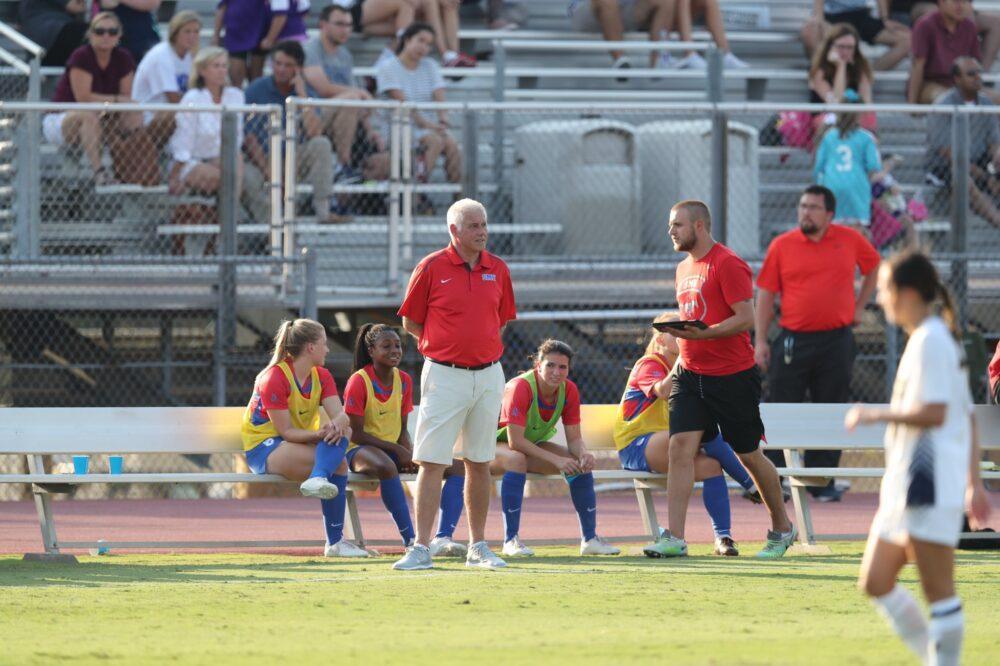 UNIVERSITY PARK, Texas — How’s this for the start of an already postponed season?

Such is life right now for SMU women’s soccer, a team bogged down both directly from COVID-19 and by all of the periphery effects of the virus.

SMU has not played a game yet this season, nearly five weeks after what was supposed to be the kickoff for the 2020-21 year. It’s had six games canceled or postponed, many the day of or day before the game.

While other teams in the American Athletic Conference have already played three or four conference games, SMU has dealt with an avalanche of issues just getting the season off the ground. At this point, it is a fair question to ask if the team will play at all.

As of today, SMU will go at least another nine days without a game after it was forced to postpone a March 7 contest against Temple due to a continuation of COVID-19 issues within the program. Now, it has either canceled or rescheduled 54% of its schedule.

“I think we are going to look at every game being a challenge for us,” Petrucelli said.

And the reason for this has to do with sheer roster numbers. The program, after seven players opted out, is operating more like a small basketball roster instead of a soccer program in terms of COVID-19 protocols.

Whereas most soccer teams would not be affected by three people in COVID-19 protocol, SMU simply does not have the numbers to play. That is why, Petrucelli confirmed, SMU was forced to postpone its game against Memphis on Feb. 28.

The conference requires every team to have 15 players available to play. SMU, when it has three people in protocol, is left with 12 players. The margins, simply put, are thin.

“I think we are going to have to play with less than 15 if we want to play this year,” Petrucelli said. “It goes back to the opt outs. Every year we had injuries. But the opt outs put a huge dent in our roster. They opted out because of COVID.”

It all started in the fall, when nearly the entire senior class did not return for this season. The program has not publicly released the names of those who opted out, but the current roster shows only three seniors left — Jewel Boland, Katina Tsapos and Sophie Adler.

Then, the NCAA declined to allow two other players transferring into the school to play immediately.

Combined with injuries, some of which happened in practice, it has created this small roster of about 15 players that will slog through the season.

The lack of numbers has also made it so games are being canceled sometimes hours before. One positive test can put SMU in a position of not having enough players to play.

SMU’s game against UNT for example, which was already rescheduled due to weather, was canceled the morning of the game.

Petrucelli also confirmed that SMU has been practicing each day regardless of the number of players available outside of the team’s two pauses, once in October and again prior to the winter storm.

But all of this has left SMU in a situation where it will essentially have to play 10 games in four weeks. Most teams right now around the college landscape are scheduling one game per week. SMU will have to play two, sometimes three, to get that many games in.

Right now, SMU’s next game is scheduled for March 14 at Rice. The conference tournament will be on April 15. So, it will have a month and a day to jam in an entire season of games.

With the numbers already low, the feasibility of playing every game in that short of a time period is both challenged due to COVID and physically on the players. Each player will be logging significant minutes.

“Look, it is going to be a challenge. But I don’t think it is impossible,” Petrucelli said. “I don’t think our goals should change.”

Jordina Colomer, a freshman now in the starting lineup due to the roster upheaval, echoed that.

“It is definitely going to be tough on our bodies,” she said.

The NCAA has said that in order to qualify for the tournament, a team must play at least six games. Petrucelli said he is optimistic the team will eventually get to the threshold. The conference tournament does not have a games requirement.

Either way, an already tired year will just get harder.

“I think we are all concerned with the health and safety of our players. It has been hard on the kids. Just think, we have been practicing since Aug. 1 and we haven’t played a game,” Petrucelli said.

“I think we are all figuring this out kind of in the dark. We never really know how people get it or where it comes from,” he finished.