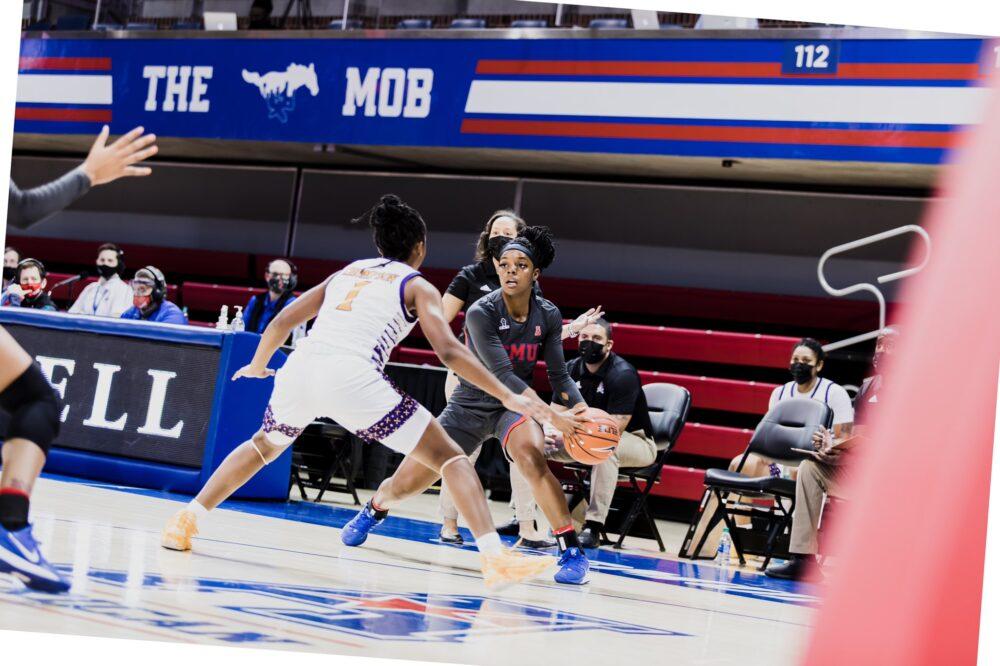 Sierra DaCosta drained a three-pointer with 13 seconds left to cap a 17-2 fourth quarter run to push East Carolina past SMU 50-46 at Moody Coliseum.

SMU led by eleven points with just over nine minutes left in the fourth quarter before making just one shot for the rest of the game.

“It looks like our young ladies were playing not to lose the game,” head coach Travis Mays said. “We are turning the ball over in the crucial situations where we have a chance to win the game or close the game out, and we didn’t do a good job of that.”

For the first three quarters, SMU was in control of the contest and seemed to find a rhythm in the third quarter. The Mustangs would only manage to score four points in the final period as they watched East Carolina claw back into the game.

This game felt eerily similar to the contest against Texas State earlier in the season which also saw SMU blow a double-digit lead in the fourth quarter. The Mustangs still remain winless on the season.

“We found ourselves in this situation a couple games ago,” Mays said. “At this point, you got to trust the information that we’ve been practicing and just execute and compete. We got to have a better fourth quarter.”

After seeing Arkansas drain 16 three-pointers in their last outing, SMU greatly improved their defense on the perimeter and held East Carolina scoreless from behind the arc in the first three quarters. However, the Pirates made two crucial three-pointers in the fourth quarter that sparked their comeback.

On offense, turnovers again plagued SMU as they finished with 24 turnovers. The team seemed to find a rhythm in the third quarter but would go on to score just four points in the final period.

“Every single possession counts, and we’re playing it like we’re going to get another possession,” Mays said. “It’s one of those things that can get extremely frustrating as a coach. We practice the information, but then when we get into games, we seem to get rattled with nerves, and we seem to get in a hurry.”

This was SMU’s first conference game of the season. Their next game is in Philadelphia against Temple on Sunday at 1 p.m.

“It’s a matter of whether or not you can execute for 40 minutes, and that’s what this conference is going to be,” Mays said. “Right now, I’m disappointed because we gave up a home win to someone. There’s no UConn. Everybody is fighting to get a certain position. I’m thinking well ahead, but we just have to take care of our business a little bit better.”