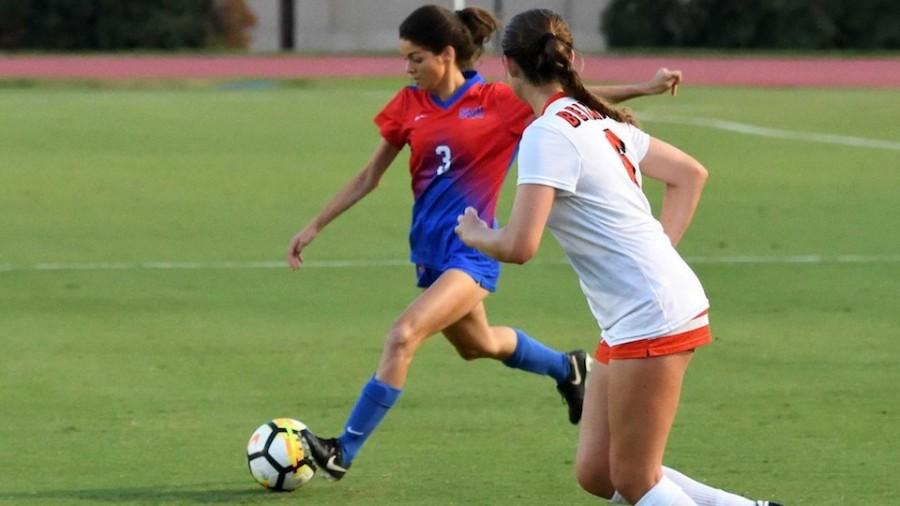 The SMU women’s soccer team hit the road for their final road trip of the season at University of Connecticut and Temple. The Mustangs fell to Connecticut 2-1 Thursday night in Joseph J. Morrone Stadium.

A goal from Yamilee Eveillard in the first ten minutes put the Huskies in an early lead. In the second half, SMU’s Katharine Herron recorded her first goal of the season with a header to tie the score 1-1.

In the final minutes of play, Connecticut found the net again to defeat SMU 2-1.

The Mustangs then played Temple Sunday afternoon for their first American Athletic Conference victory of the season.

Although the Mustangs recorded nine shots in the first half, the scoreboard marked 0-0 going into halftime. In the middle of the second half, sophomore Allie Thornton recorded her third goal of the season, 13th of her career, to bring SMU to a 1-0 lead.

Freshman Katia Novi scored another goal, the first of her collegiate career, to secure the Mustangs’ 2-0 victory.

After their win at Temple, SMU improved to 6-6-3 on the season. This week, the Mustangs will continue conference play, hosting East Carolina at 7 p.m. Thursday, Oct. 19.