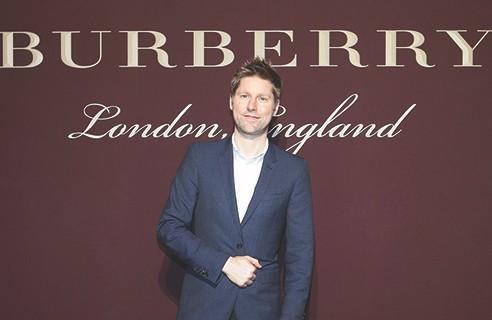 Burberry President and Chief Creative Officer Christopher Bailey will leave the luxury brand according to reports Oct. 31. Bailey is leaving the esteemed brand after 17 years.

Bailey began his fashion career in 1994 at Donna Karan as a womenswear designer, then as senior designer at Gucci in 1996. He joined Burberry in 2001. The England native is credited with transforming Burberry into the luxury brand it is today, with revenues peaking at 2.5 billion pounds in 2014, according to The Business of Fashion.

Bailey also helped the company moved in the digital direction. He oversaw “The Art of Trench,” a photo blog featuring men and women in trench coats of all styles and colors, highlighting one of Burberry’s signature pieces. Bailey looks forward to his future following his Burberry exit and will continue to work on projects in the fashion industry.

End of the Bailey era at Burberry. News just in: Christopher Bailey will leave @burberry before the end of 2018 #burberry #christopherbailey #ESFASHION pic.twitter.com/M51jJM1ejw

“It has been the great privilege of my working life to be at Burberry, working alongside and learning from such an extraordinary group of people over the last 17 years,” said Bailey to The Business of Fashion. “I am excited to pursue new creative projects but remain fully committed to the future success of this magnificent brand and to ensuring a smooth transition.”

Céline creative director Phoebe Philo is rumored to take Bailey’s position. Bailey will continue to serve as CCO and President of the brand until March 31, 2018.