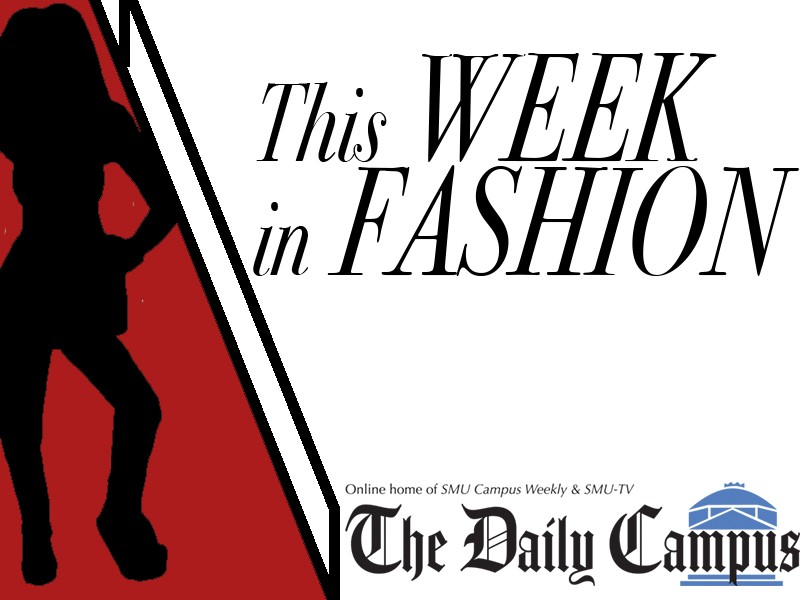 Welcome to our weekly news recap where we talk everything Dallas, style and, most importantly, fashion.

We shared the rumor when it first came out, but it’s finally been confirmed. The next exhibit curated by Andrew Bolton at the Metropolitan Museum of Art’s Costume Institute will center on legendary Japanese fashion designer Rei Kawakubo and her brand Commes des Garçons, WWD reports. The show will feature Kawakubo’s designs from 1981 to present day, according to the announcement made by the Met on Instagram, and as mentioned before, it will only be the second time the institute has done an exhibition on a living designer (the first being Yves Saint Laurent in 1983).

The #CostumeInstitute's spring 2017 exhibition will examine the work of Japanese fashion designer Rei Kawakubo. "Rei Kawakubo/Comme des Garçons" will feature approximately 120 examples of Kawakubo’s womenswear for Comme des Garçons, from her first Paris runway show in 1981 to her most recent collection. The thematic show, on view from May 4 to September 4, will be The Costume Institute’s first monographic show on a living designer since the Yves Saint Laurent exhibition in 1983. Rei Kawakubo (Japanese, born 1942) for Comme des Garçons (Japanese, founded 1969), “Blue Witch,” spring/summer 2016. © Paolo Roversi #MetKawakubo #TheMet #ReiKawakubo

2. Is Coach merging with Burberry?

The iconic handbag brand, which has wavered in popularity in the past several years (although they made a strong comeback with those adorable dinosaur bag charms), is apparently discussing plans to merge with another iconic brand across the pond, Business of Fashion reports. The news broke Friday that Coach and Burberry (a source at BoF even referred to it as “the British Coach”) may be in talks to merge, although neither brand has confirmed it yet.

3. The Kenzo X H&M fashion show looked like the most fun event ever.

If you happened to be on Snapchat or Instagram Stories (and you follow the right accounts), you may have caught sight of the colorful, high-energy dance party that was the Kenzo X H&M show in New York on Wednesday night. The bright display of clothing, music and dance was an absolute standout on social media this week. I mean, come on – how fun does this look?

Dancers, beatboxers and a string quartet… oh my! ???? #KENZOxHM

4. Get ready to dress like Posh Spice (but not for Halloween)!

5. Go BTS with your fave supermodel!

Everyone’s #EyebrowGoals, aka Cara Delevingne, is getting her own documentary, Vogue.com reports. “The Cara Project” follows Delevingne’s life from modeling to acting and everything in between. No word on the release date just yet.