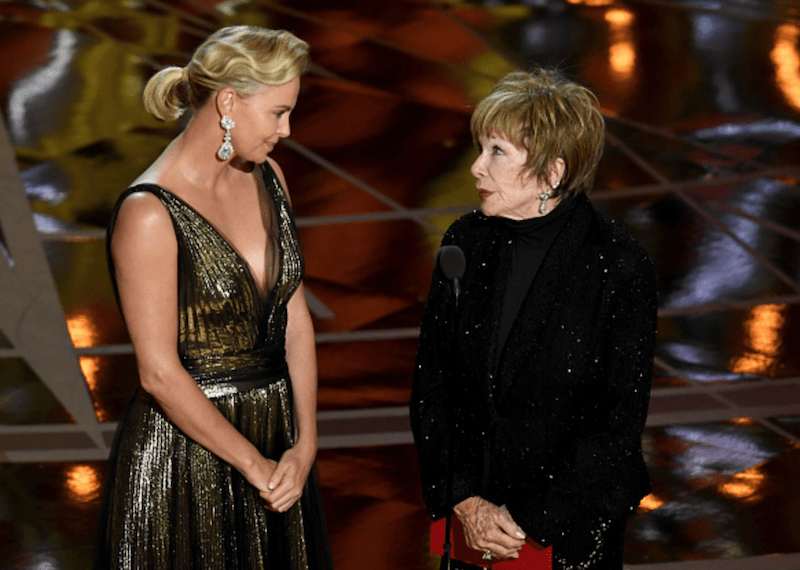 The 2017 Academy Awards certainly had its ups and downs.

In light of the multiple sexual assault charged brought against him, Casey Affleck received little love from his fellow actors when he went on stage to accept the Best Actor in a Leading Role award. The announcers incorrectly announced “La La Land” as the Best Picture winner; a mix-up in envelopes was believed to be the cause of the mistake. The show saw its lowest viewership in nine years: 32.9 million viewers.

Despite the controversies and mix-up, the red carpet fashion did not disappoint.

The gown was sponsored by Stella Artois as part of its “Buy A Lady A Drink” campaign in partner with Water.org, which helps provide clean water for people in the developing world. Each Limited-Edition Chalice the beer maker sells goes toward five years of clean water to help end the global water crisis. Culpo’s gown was a nod at these decadent glasses.

Calvin Klein Creative Director Raf Simmons took a special liking to the cast of Best Picture winner “Moonlight.” Not only did he release a campaign for Calvin Klein underwear starring the male cast the day after the award show wrapped, he also dressed each of the movie’s nominated actors for the evening.

Although the gentlemen looked dapper, Harris arguably stole the show from her cast members in this standout white dress. The subtle sequins gave the look an extra glamorous look while the asymmetrical crystal sandals added a pop of color.

Although she is new to the red carpet scene, Indian actress Chopra consistently dominates almost every award show she attends. The Oscars show was no exception, and the futuristic number she wore was the perfect look for her.

Chopra paired her body-hugging Ralph and Russo gown with a pair of 60-carat Lorraine Schwartz diamond drop earrings and matching bracelets. Worth over $5 million worth of diamonds, the look definitely sparkled.

The starlet’s dress is not just a red carpet standout; the vintage Armani Privé creation is totally sustainable. The eco-friendly dress was adorned in delicate beading and the deep plunge was incredibly flattering on the actress.

Roberts is a longtime supporter of the Red Carpet Green Dress–the environment-friendly dress brand that has been creating sustainable looks for the red carpet for years. Cheers to a dress that killed the red carpet without killing the planet.

Henson was absolute perfection in this custom Alberta Ferretti gown. Channeling old-Hollywood glamor, the midnight blue, velvet, off-the-shoulder dress was simple yet effortlessly stunning. Accessorized with a diamond-adorned choker, the look could not have been better.