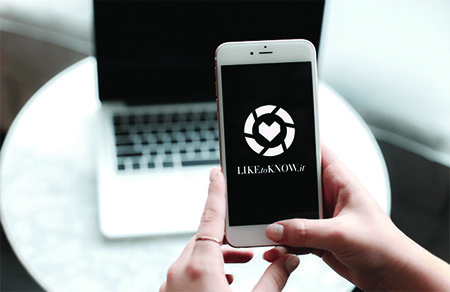 One of our most innovative alumni, however, is Amber Venz Box.

She recently scored a spot on the extremely exclusive Forbes 30 Under 30 list, has been called the “Mark Zuckerberg of fashion,” and has been profiled by all the top publications, including Vogue, Harper’s Bazaar and Business Insider.

The company she and her husband Baxter Box founded in 2011 is rewardStyle — if you haven’t heard of it, it is time to come out from under your rock. The company revolutionized the fashion blogging industry, transforming passion projects into major cash cows.

It started by linking modeled items from a blogger’s website to the retailer’s store, allowing customers to directly buy their favorite items and giving bloggers a commission for the sale. This technology turned the bloggers into fashion influencers who quickly began driving millions of dollars in sales.

As social media continued to evolve, rewardStyle founded that the majority of the content being created was posted to Instagram, a platform that does not support links, which are the main source of rewardStyle’s model.

To combat this, rewardStyle created LiketoKnow.it, a service that allows users to shop Instagram posts. After signing up for the service, users could like an Instagram post and have the shopping information sent directly to their inbox.

RewardStyle could now drive sales via blogs and Instagram, but multiple social media platforms that were being used by influencers such as Snapchat could not be captured.

As of March 6, this will no longer be the case: rewardStyle has launched the long-awaited LiketoKnow.it app. This app allows users to screenshot any form of an influencer’s content on social media or the mobile web and have the image and its shopping information saved in a feed.

This means no more saving countless emails in your inbox to hold on to shopping details. It also means no more switching from app to app trying to locate where you can find the enviable item an influencer is sporting.

With over 12,000 influencers, 4,000 retailers and a projected $1 billion in driven sales this year, this app is another impressive move by the start-up company to continue revolutionizing the way fashion influencers drive sales. Given the way that rewardStyle has challenged the fashion world, Venz Box is living proof that “world changers are shaped here.”