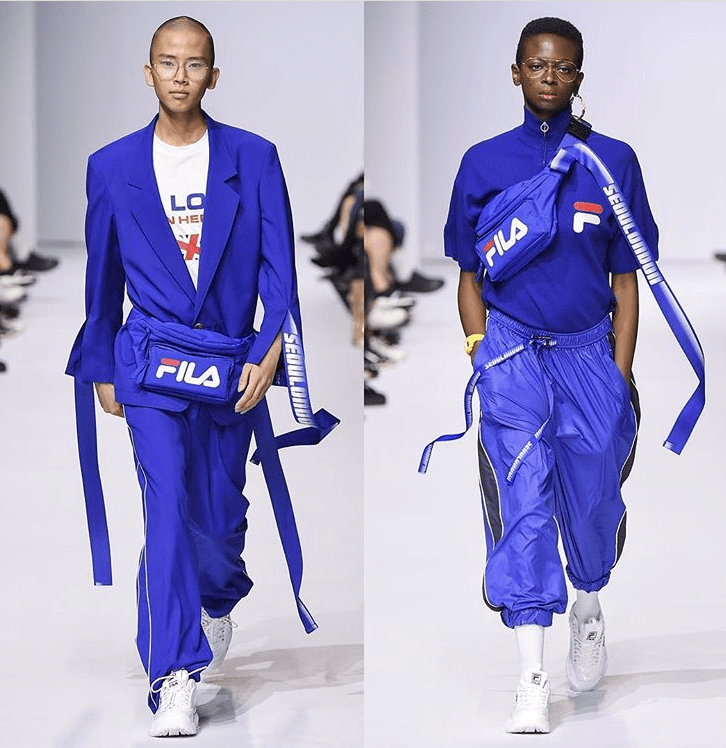 You probably only read about the fashion weeks in Paris, Milan, London, or New York — that’s because these are the “Big Four.” As fashion capitals of the world, they naturally receive the most press coverage. However, it’s important to note fashion weeks that happen worldwide. Seoul Fashion week took place Oct. 16-21 and occurs biannually in March and October for spring and fall collections. Seoul received a lot of press coverage including Vogue, Vogue UK, British GQ, and Women’s Wear Daily. I mean, who doesn’t love Korean beauty, K-pop music and Korea’s laid-back fashion scene?

One of the most impactful brands on the runway was Blindness, a brand that made the 2017 LVMH Prize short list. The brand’s name is inspired by the designers’ desire to make consumers blind to gender roles. Creative directors KyuYong Shin and JiSun Park dressed their female and male models in pearls, nylon coats and black corset belts. Other trends included a small brim hat with decorative pearls, reminiscent of a matador’s hat, black matador-style pants, bell-sleeve tops and an earth-toned color scheme, including light pink, black, grey, army green and pops of blue and yellow. Additionally, Inspired by pollution masks worn in Seoul, models also wore delicately embroidered veils with pearls.

Another notable runway show was the gender-fluid D-Antidote, who collaborated with the Italian brand Fila. Designer, Park Hwan-sung, studied at London’s Central Saint Martin’s college, and has gained popularity since his runway debut earlier this year. The brand’s collections are originally created for men, however can also be worn by women. The designs are nostalgic, yet modern chic. The collaboration uses influences from London and Seoul in its hoodies, track suits and backpacks. The backpack is a trendy street-style must have. D-Antidote Spring 2018 trends included track jogging pants, overalls, matching tops and jogging pants and fanny packs and fedora’s galore. Hawn-sung proves that one can be sport athleisure wear, be trendy and comfortable — it’s all in the attitude.

Seoul Fashion Week constantly showcases new trends that people crave worldwide; however, going global is difficult for Korean fashion brands. The internal market is so large that young designers may not need to expand worldwide.

K-Fashion is working on other ways to become more global. Perhaps a Korean/American collaboration is in the works.