It was 2004. A woman fried food on the stove, speaking to her nephew rapidly in Spanish about the election. “You have to vote for Bush because we can’t have … END_OF_DOCUMENT_TOKEN_TO_BE_REPLACED

by Lee Gleiser A lone student sat studying in the M Lounge at Hughes Trigg about 9 p.m. Tuesday in a room that earlier had been crowded with hopeful Wendy … END_OF_DOCUMENT_TOKEN_TO_BE_REPLACED

Elections don’t have to be boring, and you don’t have to read about it from a boring political blog. We made this playlist to help guide you during this confusing … END_OF_DOCUMENT_TOKEN_TO_BE_REPLACED 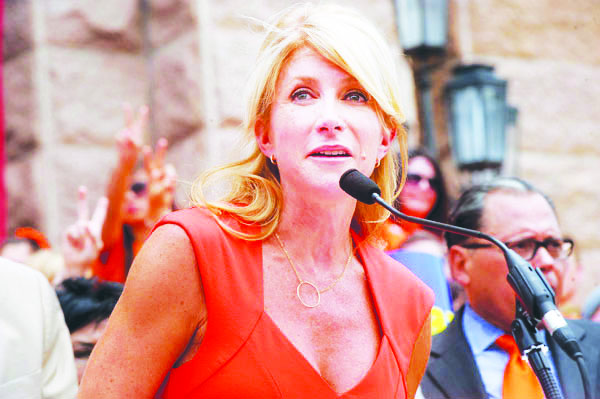 Democrat Wendy Davis recently released a new ad for her campaign titled ‘Justice.’ The video is centered on Republican competitor for Texas governor, Greg Abott. It targets Abbott as the … END_OF_DOCUMENT_TOKEN_TO_BE_REPLACED

George P. Bush’s political career got off to a good start when he won the Republican nomination for Texas land commissioner in March. In addition to his family’s history in politics, the Republican Party is also touting Bush as the only Hispanic candidate on the statewide ballot. With the expectations and attention that come with being a Bush, the newcomer highlights his policies, principles and efforts to win the election.

The Tea Party is reshaping the Texas political landscape. Starting as a protest movement scrutinizing government spending, the group has matured into competitive political force, with many of its candidates winning primaries.

Recently, a federal judge in San Antonio ruled the 2005 Texas marriage amendment unconstitutional. This might be a sign that gay marriage could become legal in Texas.

By Chris Thrailkill On Dec. 10, 1948, a newly formed United Nations established the Universal Declaration of Human Rights. Articles 3 and 5 of the Declaration are as follows: Everyone … END_OF_DOCUMENT_TOKEN_TO_BE_REPLACED