An SMU English professor and a couple of his students have taken the American literary classic “Moby Dick” and created a game – a card game simply called “Dick.”

Professor Tim Cassedy came up with the idea for the game while teaching a “Moby Dick” seminar class at SMU in the spring of 2015. Hayley Waring, a senior in the class at the time, said the class was reading the Herman Melville novel and started picking up on the humor in the text.

“Professor Cassedy came up with the concept for a game that preserves the literary merits of the book but still highlights that the language Melville used is really funny,” Waring said.

Cassedy and students Chelsea Grogan and Jenna Peck made a prototype of the game and brought it to class. It was an immediate hit.

“We all loved it and could not stop laughing,” Waring said.

The rules of “Dick” are very similar to those of the best selling game “Cards Against Humanity.” The game comes in a rectangular box and includes 400 white cards containing short phrases from Melville’s novel. Short phrases such as:

the inglorious bowels of a sick whale

The game also includes a deck of green cards. For each round, one person plays the role of judge. The judge reads a phrase off of one of the green cards and the other players submit cards that complete the phrase. The judge picks the submission they think fits best. Here are a few examples of green card phrases:

“Ted Cruz caused a stir today when he called a press conference to denounce. . . ”

“You’re seeing a therapist for the first time. The therapist asked why you’ve come. Your answer:”

SMU English Professor Bruce Levy said the game is a brilliant idea and can be a good tool to get more people interested in literature.

“You can also get a real sense of how wonderfully weird and expansive the novel is. It takes the novel to another place in people’s imaginations, making people who are often resistant to literature realize how much fun it is,” Levy said.

Chelsea Grogan, who now lives in New York City, is still working with Cassedy to market and promote the game.

“The game has been really successful, and now we are excited to launch a “Moby Dick” inspired greeting card line,” Grogan said.

The greeting cards will have quotes from “Moby Dick” that are literally illustrated and interpreted on them. Grogan said the cards will be available on their website whysoever.com just in time for the holidays.

Posted on November 16th, 2015 by Rebekah Tate
ShareTweetShare on Google+Pin on PinterestSend with WhatsApp
3 recommended

Students face more stress and pressure at college, driving them towards unhealthy and dangerous habits. END_OF_DOCUMENT_TOKEN_TO_BE_REPLACED 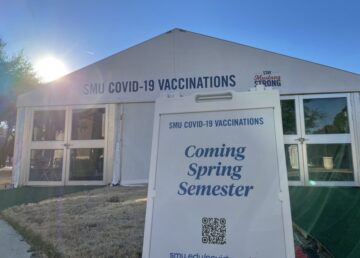 Many college students have expressed skepticism over the COVID vaccine. Their arguments are hypocritical and irrational. College students should get the vaccine for altruistic reasons as well as the hypocrisy of their own arguments. END_OF_DOCUMENT_TOKEN_TO_BE_REPLACED