This Tuesday, individuals around the world participated in International Holocaust Remembrance Day and the 70th anniversary of the liberation of the Auschwitz concentration camp in Poland. Around 300 survivors of Auschwitz returned to the concentration camp to share stories, provide words of encouragement and honor those lives that were lost over 70 years ago.

“Auschwitz cries out with the pain of immense suffering and pleads for a future of respect, peace and encounter among peoples,” Pope Francis tweeted Tuesday.

More than 11 million lives were claimed died during the Holocaust, six million of them being Jewish Europeans. Other groups targeted included homosexuals, the disabled, Roma Gypsies, Jehovah’s Witnesses and those in opposition to the Nazi regime. One million people were murdered at Auschwitz-Birkenau alone during its four years of operation.

“All the negative forces that coalesced to make the Holocaust possible — prejudice, bigotry and hatred — still drive attacks against religious and ethnic minorities,” said Rick Halperin, director of the Embrey Human Rights Program in an SMU press release. “That’s why it’s more imperative than ever to learn the lessons of the Holocaust to create a safer and more tolerant world.”

Halperin has led Human Rights Pilgrimages throughout Europe since 1996 to educate students about the Holocaust and give them first-hand experiences with the historic sites. Since its founding, about two dozen students participate in each trip every winter break to understand what survivors experienced during the winter and recognize what it feels like to be away from family during the holidays.

This year, students traveled for two weeks to Hungary and Holocaust sites in Poland. They saw a glimpse of what life was like for those who suffered in concentration camps during World War II.

In early January, 12 students and Vick Hill, assistant dean for the University Curriculum, traveled to Budapest to meet with Holocaust survivors, witnesses and rescuers.

“I never knew that this beautiful city is associated with the greatest evil of the 20th century, the Holocaust – the killing of 11 million men, women, and children by Nazi Germany,” Perkins School of Theology graduate student Joseph Davis said in the trip’s blog.

The trip caused students, like Davis, to question how so much evil could occur without human intervention.

“Listening to stories and visiting places where people were murdered because of their race, faith, disabilities and who they loved breaks me emotionally, because the wickedness and madness of humanity to one another hasn’t stopped,” Davis said.

Senior Carlos Nava had a similar reflection while visiting museums and meeting with survivors in Hungary.

“How the most unimaginable became a reality for so many innocent people will forever shock me, as I continue to struggle to understand how neighbors could turn on each other to the extent of murder,” Nava said in his blog post.

This was the first year the Embrey Human Rights Program sent students and faculty to Budapest. Halperin chose to send students there so they could fully grasp the scope of the Nazi regime.

“In the last fanatic phase, one out of every 10 Holocaust victims and one out of every three Auschwitz-Birkenau victims were Hungarian,” Halperin said. “I don’t think people absorb the speed and efficiency of the Nazis’ murderous force in such a short period of time.”

Sophomore Kate Moody specifically had strong feelings about the group’s visit to Auschwitz-Birkenau. She reflected on the snow and the cold that surrounded them as they traveled through the camp.

“I could hardly imagine what it was like for the hundreds of thousands of those there who had to survive in several feet of snow with rags as clothes,” Moody said in the trip’s blog.

Most of the Auschwitz complex was destroyed when the Germans began evacuating at the end of World War II; however, several barracks, one gas chamber, crematoriums and warehouses still remain as a stark reminder to the tragedy that occurred there.

Senior Hanan Esaili said she felt overwhelmed and afraid when she visited Auschwitz-Birkenau. The tour of Holocaust sites was what she called an emotional rollercoaster, but a learning experience and a confirmation of her passion for human rights.

“This trip has been exhausting mentally, physically and emotionally,” Esaili said. “But if I learned one thing from this trip it’s that there are so many things I don’t know about, and history is continuously evolving.”

As students, faculty, staff reflect on the liberation of Auschwitz, it is important for the rest of the world and SMU community to remember what happened there as well. This anniversary is an important one as it marks one of the last times Holocaust survivors will be personally telling their stories.

“As time passes, and the Holocaust becomes more distant, it’s more important than ever to remember not only that it happened but also that lives were lost by so many,” junior Jayce Miller said. “The day we forget the Holocaust is the day Hitler succeeds. And we can never let that happen.”

Posted on January 27, 2015 by Christina Cox
ShareTweetShare on Google+Pin on PinterestSend with WhatsApp
2 recommended

REMEMBERING 9/11 The SMU community is remembering the lives lost on September 11, 2001. A special ceremony was held by the flagpole Friday morning – honoring the 2,996 people who were killed on that dark September day. Representatives from SMU, including Presi... END_OF_DOCUMENT_TOKEN_TO_BE_REPLACED 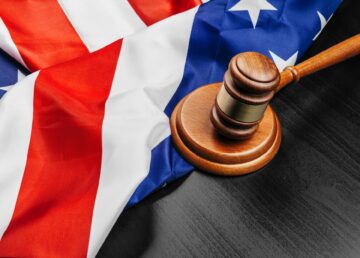 Watch to hear some students' opinions on the new Texas abortion law. END_OF_DOCUMENT_TOKEN_TO_BE_REPLACED